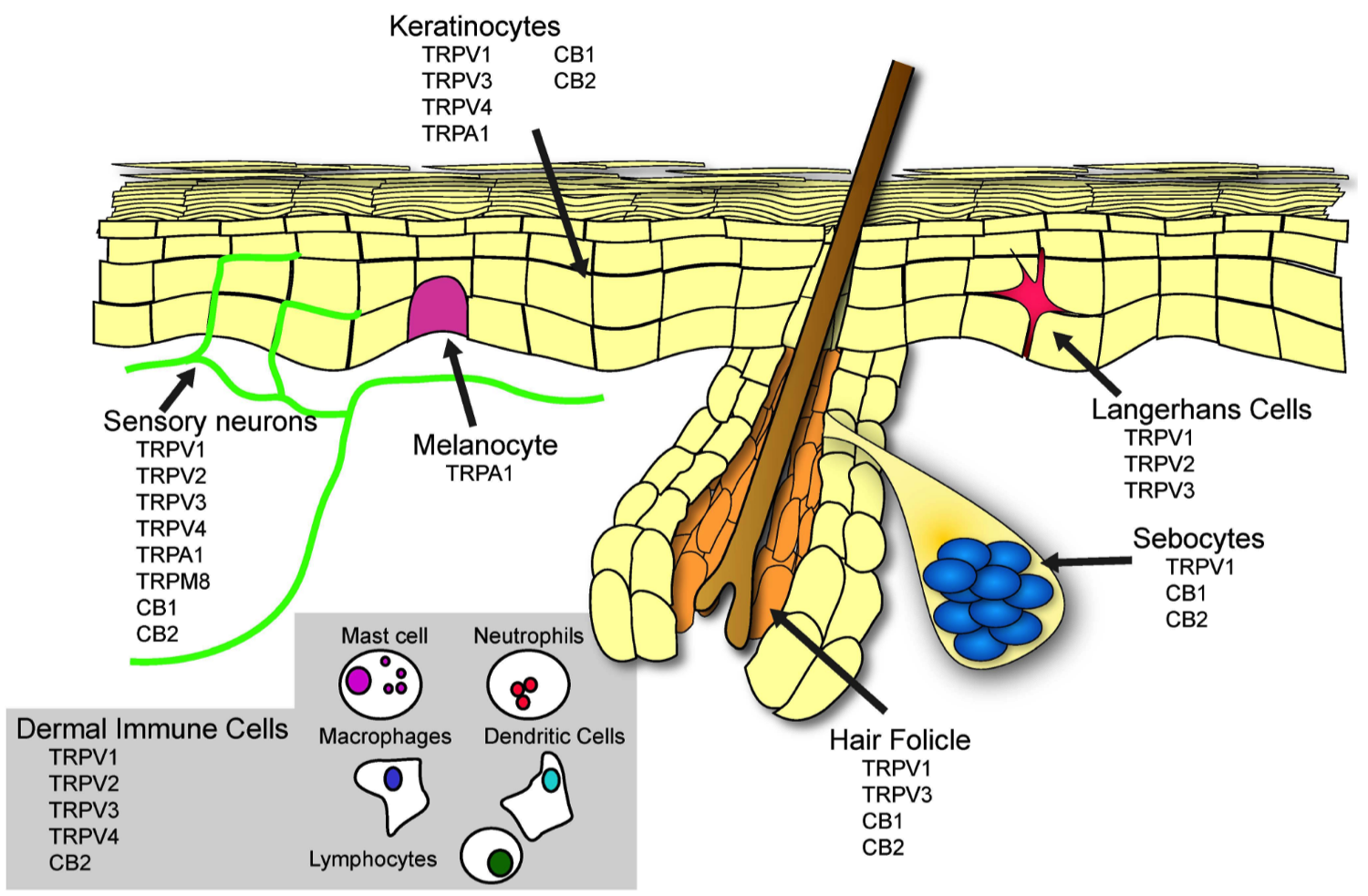 Cannabidiol as a Therapeutic Agent for Skin Health

The centrality of skin function to human health has meant that evolution endowed skin with complex biochemical networks of receptors and small molecules that continually survey and respond to inputs, and modify the reactions of resident cells to react to incoming information.

The presence of the SkECS is a clear indicator that cannabinoids may be central to skin health. It also presents the intriguing possibility that exogenously applied cannabinoids could augment, initiate or supplement the roles that endocannabinoids play in the skin to therapeutic benefit.

Cannabinoids and their diverse receptors have been implicated in the proliferation of skins cells, in the differentiation processes that give rise to the multicellular complexity of skin, in hormone and mediator secretion that maintain skin tone, and in the activity of hair follicle cells and the sebaceous glands.

The SkECS maintains skin homeostasis, and loss of this homeostasis leads to disorders such as acne, dermatitis, itch, pain, psoriasis, sclerosis and excessive or unwanted hair growth.